How can we help you today?

This update of the software is focused on legislation amendments. These notes provide information on all the improvements we have made.

From tax year 2015/16, contracted out National Insurance categories have been abolished. This means there is no longer a need for:

Both of the above have been removed from KashFlow Payroll.

Note: There is still an obligation to use an SCON/ECON number in tax year 2014/2015. These changes will only take effect after a year-end.

On the 14th August 2015 the BIS announced changes to the thresholds of student loans for all loans post 2012. The new rates will be known as Plan 2. Any employee on an existing student loan will be converted to Plan 1.

The student loan thresholds from April 6th 2016 are as follows:

HMRC permit “micro employers” to report late if they were an existing employer on 5 April 2014 and had fewer than 10 employees on 6 April 2015. Until 5 April 2016, they can choose to report monthly, on or before the last payday in the tax month.

This is a relaxation that has existed for the last two years. It has been confirmed that this relaxation on PAYE reporting obligations ends on 5 April 2016 and will not be extended.

In accordance to this, late reporting reason code ‘E’ has been removed.

DEAs were introduced to recover debts owed to the DWP. Government has now decided where overpayments by the DWP were a result of fraudulent activity, a DEA can now be set at a higher rate to recover the debt faster. 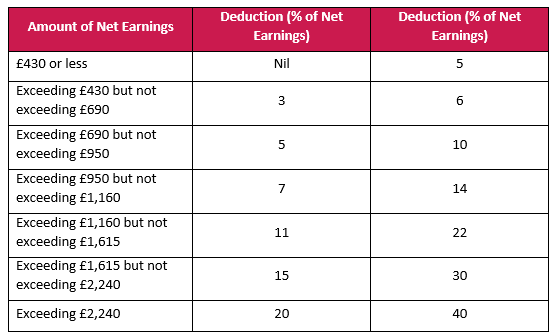