As a company develops, technology is examined as a way of saving money, making more money, saving time and/or enabling people to do more with less. In evaluating technology for your company, the cost of purchase and deployment carries a certain amount of risk and mitigating that risk, while reaping the rewards of good decision making, is crucial.

There are times when employees are raring to go but the speed of the Internet has dropped to nothing, or your monitor is doing that thing where it freezes for 15 seconds for no apparent reason. Occurrences such as this are not only an annoyance for individual workers, but can also drag an entire office to a standstill. Bring Your Own Device (BYOD) policies are being adopted by in a lot of offices, and it has been noted that in these offices where workers are more comfortable with their own technology, productivity increased substantially, so in essence, technology helps productivity. If your office doesn’t have a policy to let employees use their own devices, then you have to make sure you have brought your A-game with the choice of hardware you have in situ.

By sourcing the best technology for your firm, you can do your best to ensure that productivity won’t suffer due to energy-sapping slow-downs.

Connectivity and how technology helps productivity

For your staff to be productive, they do not have to be sitting behind a computer. We are all well aware of the massive increases in availability and response times that mobile phones have given us, and this is also the case with other handheld devices.

Tablets, and the ever increasing screen-sized mobile phones acting like tablets (phablets) such as the iPad and Android devices are becoming more and more popular about the workplace for a number of reasons.

Tablets also offer a very mobile platform that your employees can tailor to their own needs via online apps and other programs. There are countless applications out there designed for the business user; from cloud storage sites like Dropbox to note taking software that is great for meetings and jotting down memos.One such reason is that they offer an alternative connectivity to the Internet should your primary Internet provider be experiencing problems. If the tablets are sourced in bulk through a contract with a phone company then they will most likely have their own 3G connectivity. This means that you can still keep in touch with each other, vital clients, and send important documents if your office network is having issues, particularly if your office has catered for having 3G, or even 4G, throughout.

An important thought to bear in mind, however, is that a tablet is not as powerful as a PC or laptop. They are always improving and gaining ground, but they are still more for consuming data and communication, rather than computational tasks like complicated spreadsheets or 3D rendering. With the advent of desktop virtualisation, akin to mainframes and thin clients of days gone by, users leverage the convenience of whatever device they have at hand to connect to the desktop in the cloud, running on high speed connections and having massive computing power from groups of servers working together as a team. Suddenly, in this instance, a tablet becomes an internet warrior.

PCs, being the work beast of the office, need to be powerful enough to do what is asked of them. The screen, or monitor, is our connection with the world of computers. Larger screens generally mean higher productivity. In fact, studies by Apple, Microsoft and NEC have found that having a 2nd screen can mean increases of 20% to 30%. Similarly, mobile devices tend to not lend themselves to the same work capacity as a good desktop system.

Working in a vacuum is rarely a good way to achieve success. We store documents “on the LAN”, have meetings arranged online and have visibility of team members/clients/prospects via Skype. Our phone systems are most likely using Voice Over IP telephony, or Internet phones, using digital connections instead of the traditional copper landlines which served us well for generations.

These network connectivity devices can make or break an organisation and its ability to get things done. If you aren’t already using Evernote to collate information online, my1login to keep track of passwords stored in the cloud or KashFlow to manage your accounts on the web then you might want to find out how the other half lives, and start increasing your productivity today.

Breakdowns, when they happen, are some of the most disruptive office nightmares; it’s not just the machine that is out of commission, but also your workers. Breakdowns like this lead to bottlenecks of work and overall slowdown that can cascade throughout a company.

Often, more than half the time used in a technology purchase is dedicated to finding out about warranties, service response times, mean time between failure, backups and plan-Bs. Know what you’re getting, and more importantly know what happens if things don’t work as planned.

Training staff on hardware is critical. But equally important is the need to establish regular checks on all of your equipment. This should also include good anti-virus and malware software on all devices connected to the Internet.

These need not cost the earth, and there are some very good free ones; 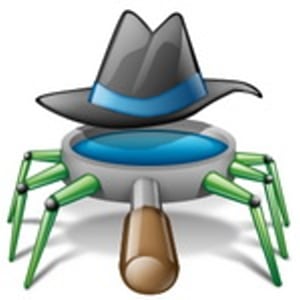 Whether you run a small firm or are thinking about starting one, it is best to think of the role of technology in your business in this way; you often get what you pay for. It is understandable that not all startup firms will have the funds to buy the top-end technology that helps productivity for their office, but it does pay to go above the bargain basement systems and shop a bit further up the ladder when you can.

At KashFlow, we aim provide high end accounting software that is priced within reach of small businesses. Try out the software free for 14 days and decide for yourself.