The past couple of weeks have seen a lot of debate around the subject of home-working. At the end of last month, Marissa Mayer revoked the right of Yahoo employees to work from home. Although this kicked up a lot of fuss, the subject is clearly a contentious one at Yahoo! – there are rumours that their workforce has become so large and bloated that it’s difficult to tell who does what, with hints that some ’employees’ simply go home and drop off the radar to work on their own projects until they get fired. In this case, it’s understandable that during a time of rebuilding Mayer wants to get a handle on her employees.

What I don’t understand is New York Mayor Michael Bloomberg’s view that working from home is ‘one of the dumber ideas I’ve ever heard’. Fortunately, I’m not in the minority – my ol’ buddy Richard Branson posted on his blog yesterday that he believes that offices will soon be a thing of the past. With the issue being one that’s particularly prevalent right now, I thought it would be an interesting time to consider some of the arguments against home-working and why (in my opinion) most of them are invalid…

People don’t have access to the equipment that they need at home.

Really? In most cases I would argue that the opposite is true. I’m lucky in that I use a MacBook Pro at home and have a MacBook Air at work, but this isn’t the case for many of my peers – a lot of them use a tricked out MacBook (or similar) at home and have to use an agonisingly clunky PC* at work.

*In the interest of not turning this into a Mac vs PC debate, I acknowledge that they might just as easily have a top spec PC at home and an old Mac at work!

People don’t have access to the information that they need at home.

With uptake of cloud software and data storage on the up and up, I also struggle with this argument – services like Dropbox, Google Doc and Google Drive mean that you can a) get access to your work files and b) collaborate with colleagues very easily. Admittedly, this often relies on having a decent internet connection at home but, since it’s no longer 2003, that’s now a given for a lot of people anyway.

You miss out on face to face interaction by working at home.

A terrifying admission? When I’m in the office around 80% of my interaction with colleagues takes place via Skype and text messages. This isn’t (just…) because I’m a recluse with no social skills – our office is spread over two floors, and using Skype means that I can keep in touch with everyone without running up and down the stairs…although maybe that would tone up my calves. It also gives me the ability to listen to my own music rather than having to listen to KISS FM on the Sonos. I swear to God, if I have to hear Starships by Nicki Minaj one more time…

I can’t trust people to work as hard at home as they would in the office.

If this is true, then you’ve hired the wrong employees. Simple as that. Yes, you may need to establish deadlines and plans more clearly so you know that everyone’s getting their work done, but as long as the work’s getting done (and getting done well) that’s the important thing. Plus, being in an office doesn’t always equate to working hard – it’s really not that hard to flick from Facebook to an Excel spreadsheet every time a superior walks past…Or at least that’s what people tell me.

I think this point really is the crux of the argument – working habits won’t change until well known, very successful companies start to allow home-working on a wider scale. But until then, consider this. Would you rather have an employee get up at 6am, stand on a busy train pouring coffee down their throat for an hour, frantically puff cigarettes as they fight their way to the office before leaving at 6pm to pound down pints somewhere until they forget about how miserable they are, or someone who works here? 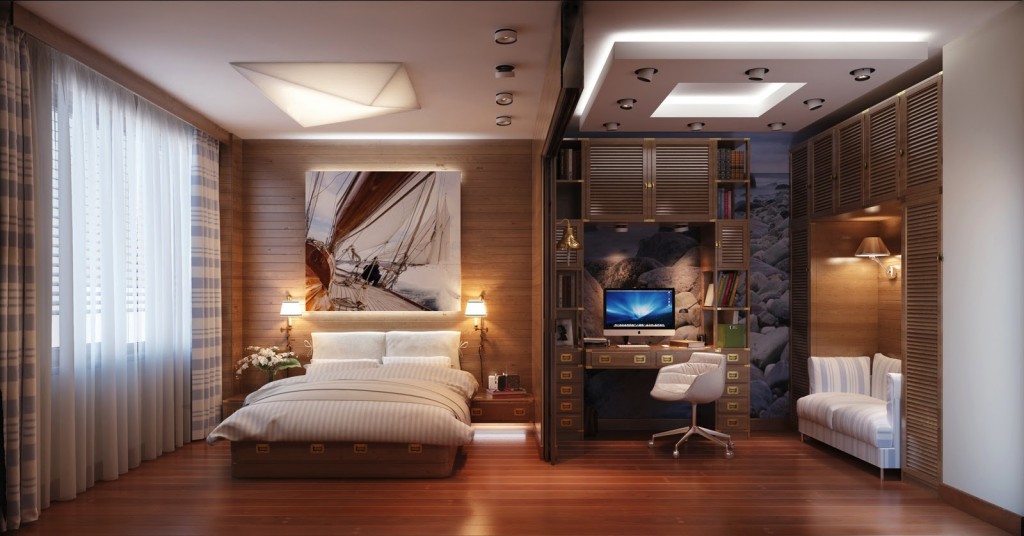 The above description of the harried commuter doesn’t describe me – I live about ten minutes way from work and am a non-smoker (I do like a pint every now and then mind you…) – but if it did, I sure know which environment would inspired me to be more creative.