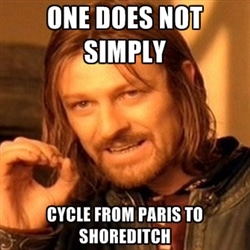 The fact that lots of guys in the London tech scene love bikes shouldn’t come as a surprise. The amount of opportunities cycling offers to talk about carbon fibre and ‘lightness of body’ are rivalled only by the launch of a new Apple product. Ok ok, we’ll remove our tongues from our cheeks – honestly, it’s nice to see techies doing something other than working late, drinking Red Bull and ordering Domino’s.

Not too long ago, in the fabled halls of Google’s London Campus, TechBikers was set up by Eze Vidra (Head of Google Campus), Gerry Newton (Founder & CEO of Cyclr) and Ben Southworth (deputy CEO of Tech City, a one-time KashFlow employee and owner of a truly prodigious beard). As well as, thankfully, steering clear of dire bike related Silicon puns (Cyclingcon Roundabout?…Silicon Roundabike?!), the guys are even taking their passion and doing something charitable with it!

Between the 21st and 23rd of September, the gents mentioned above and the rest of the TechBikers (including forty-some start-up guys, venture capitalists and tech execs) will be cycling from Paris to London. Yup, that’s 200 miles worth of B-roads and backstreets in 3 days, which is no mean feat. So, why are we blogging about this? We all know that the first rule of Bike Club is ‘you do not talk about Bike Club’. No, wait a minute. The first rule of Bike Club is ‘you’re not allowed to cycle naked’. Which is, coincidentally enough, why we’re writing this – we’ve donated to the cause and sponsored everyone’s jerseys*!

*We’re expecting a massive jump in traffic from France, all of it searching for ‘Le KashFlow’.

The charity the ride will be helping, Room to Read, is one that’s pretty close to our heart. Sure, it’s easy to get upset about the fact that you just bought an iPhone 4S before the iPhone 5 was announced, or that you forgot your umbrella and it’s starting to drizzle, but it’s even easier to snap yourself out of such a funk when you remember that 17% of the world’s population (that’s about 793 million people…) are illiterate. Room to Read provides schools and libraries for at risk children all over the world, and encourages the education of girls as well as boys in areas where the importance of education for women has previously been downplayed.

Creating our own ‘initiative’, #GenDIY, has given us a bit of a taste for this corporate social responsibility (yeah, we used to think it was just a buzzword too…) stuff. And there’s plenty more where this came from. Keep your eyes peeled over the few weeks to see what else we’re up to…

In the meantime, good luck and Godspeed you TechBikers! 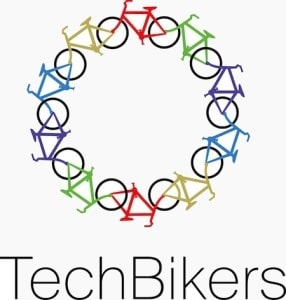