The title of this blog post is (apparently) one of the most misquoted verses of The Bible, so maybe it’s not a problem that our founder Duane Jackson has decided to completely disregard it…

In September, Duane will be going all Simon Cowell and judging one of the largest and longest running competitions for British small businesses alongside serial entrepreneur Karen Darby and ICAEW’s Charles Carter. We’ll leave the others to argue over which of them is Louis Walsh.

However, if you head to The Pitch’s website, you’ll very quickly see that this year’s competition is closed for entries. Which begs the question ‘why are we telling you about it?’ Read on… 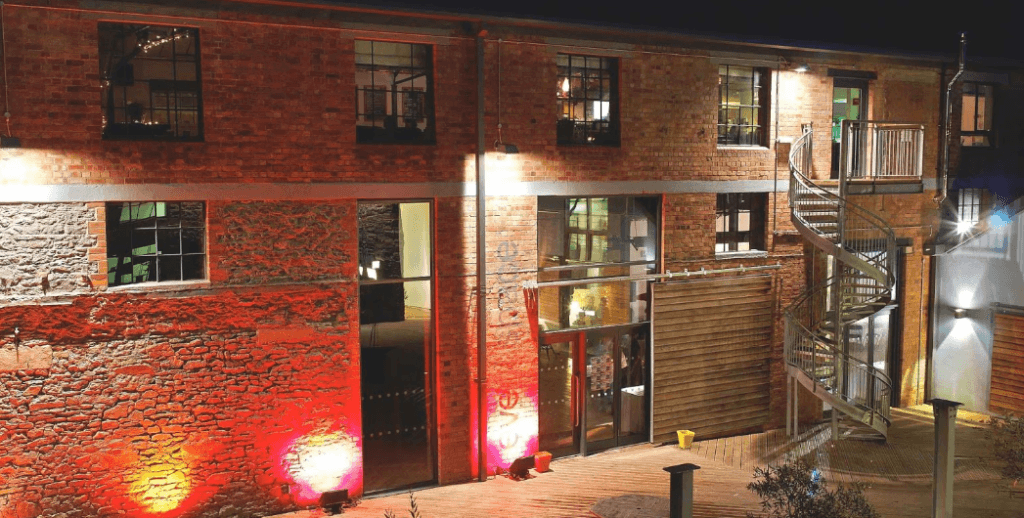 Rather than trotting off to the humid conference hall of some motorway Premier Inn to do the judging behind closed doors over unappealing ham sandwiches and ungodly amounts of Diet Pepsi, The Pitch 2013 is hosting an interactive event featuring networking, presentations, roundtable sessions and live pitching. Oh, and free pies and pints. Just saying.

The Pitch Live takes place at Paintworks (pictured above) in Bristol, a revolutionary living-cum-working-cum-exhibition space that’s widely regarded as the epicentre of Bristol’s creative quarter. Translation? It’s a damn cool place to check out.

Want a piece of the action?

From hundreds of entries, a shortlist of 40 businesses and 10 ‘ones to watch’ has been selected to pitch their business in front of a massive crowd to compete for business support and a share of the nifty sum of £275,000 equity investment. As well as the judges and a crowd, the entrepreneurs will also be presenting to investors from Heron Capital Partners and Horatio Investments as well as Ben Heald, the founder of Sift.

Tickets are only £10, and we’d definitely recommend checking it out whether or not you’re from Bristol, a city that’s brimming with creativity and entrepreneurial spirit.

The ticket price includes all day entrance, free food and drink, access to a pop-up shop and top class networking. BUT WAIT, THERE’S MORE. As an added incentive, the organisers are returning the cost of their tickets to attendees in the form of Bristol Pounds (like Disney Dollars…except for Bristol instead of Disneyland), which can be redeemed with hundreds of Bristol companies.

You can grab a ticket at www.thepitchuk.com/live.