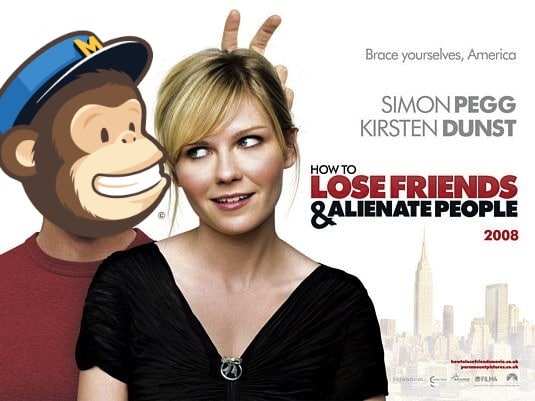 This year at The Business Show we decided to do something different. Not ground-breaking by any stretch of the imagination, but different to what we previously did. In the past, we used to frantically try to set up trial accounts for anyone and everyone that came to our stand. Of course, these trialists generally converted pretty poorly…not because they didn’t like the software or because they weren’t our target audience, but because they’re bombarded with so much information before, during and after their visit that it’s impossible for them to give the proper attention to everything they’ve signed up for in the days that follow the show.

This year, instead of running ourselves ragged trying to generate trials on the day we decided to focus on having good conversations with people and collecting business cards to get in touch with them further down the line. We also ran an iPad competition and collected a second set of business cards in a fishbowl (alarm bells going off yet? No? We’ll get to why they should be later…). This gave us two lists, both made up of hundreds of small business owners, to whom we could send a couple of tailored follow-up emails.

On the face of it, this technique seemed to work reasonably well (as email marketing goes, anyway…) –

The open rates are pretty interesting; even without using a subject line like ‘YOU WON…’ and then the email being like ‘Haha, just kidding, but srsly check out the software, yeah?’ (which, believe us, was tempting) on the cold list there wasn’t much different between it and the warm list. However, the click rate of the warm list (over double its little sister’s) shows that people we’d actually spoken to were, as you’d expect, much more interested in what we had to say.

One morning, in the midst of our post-show campaigns, we received a rather disturbing (very politely worded, mind you, but still disturbing) email from MailChimp to let us know that our account had been suspended.

It wasn’t until a few hours later that we got to the bottom of what was going on and our account was restored – while people on our warm list remembered us (and went on to create trials in much higher numbers than those on the cold list), people from the cold list had forgotten who we were and complained that we’d added them to a list without them opting in. Of course, to be fair to them, that was technically the case. The sign on our fishbowl read ‘Win a free iPad!’, not ‘Possibly win a free iPad, but either way receive some emails about our accounting software!’, purely because the second option is a) not exactly visually appealing and b) probably wouldn’t have fitted on the A4 sign we made.

Fortunately, MailChimp offer some great advice on how to handle the leads you gather at trade shows. The quotation below outlines a particularly nice route to follow from that article –

If you operate a booth at a tradeshow, and you collect business cards from people who visit the booth, send them a personal, one-to-one email ASAP! (use your Crackberry or laptop) with whatever sales pitch you want to give them, and provide a link to your email subscriber form, so you can stay in regular contact. Actually, don’t just give them a link to your email signup form. You know they won’t subscribe (what’s in it for them?). Give them a link to a landing page on your website with a valuable whitepaper, which also contains a link to “receive our newsletter, which contains even more valuable research.” Even better, insert full page advertisements in your whitepaper, that point back to your newsletter signup form.

It’s human, it adds value and…well, it won’t get you banned like a n00b. So it gets our seal of approval.

In the end we generated fewer trials than usual but, despite everything, more paying customers than previous shows. However, there’s definitely something in the fact that so many companies (ourselves included) feel the desire to use fishbowl competitions, give away iPads etc to wring more (perceived) value out of tradeshows. But that’s a topic for another day…