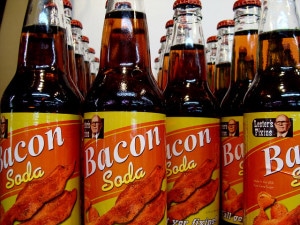 In the cola wars, it’s rare that contenders other than Pepsi and Coca Cola are mentioned. This shouldn’t be that surprising – they have billion dollar budgets (Coke spent just shy of $3bn on advertising in 2010 alone) and employ megastars like Beyonce (Pepsi) and Taylor Swift (Diet Coke) to advertise their products. To get a look in, new competitors have to do something pretty special. Like…be bacon flavoured, for example. Meanwhile, brands like Jolt Cola, Big Cola, Panda Cola and LA Ice Cola go all but unnoticed by 90% of the population, eking out an existence as ‘cult favourites’.

By now, you may be asking the question ‘what does cola have to do with business?’ In cola, as in most other industries, there are a couple of big, usually well-funded incumbents and small, disruptive startups looking to change the status quo. What we inevitably hear less about are those in the middle – at any given time, there are a number of companies that have outgrown being startups, but are not yet a huge multinational. The routes such companies end up taking are diverse – they may pivot or add features in order to grow their customer base, expand into other countries to increase the size of their potential market or (at the other end of the scale) they may simply run out of money. In many respects, this second phase is the most difficult for companies to face – expansion, funding, increased attention from HMRC are just a few of the pitfalls that can accompany ‘the middle space’.

It’s relatively easy for huge players and newbies to get coverage (former – announce some turnover numbers or move to a bigger office, latter – secure some funding and pop up on TechCrunch or The Next Web, or whatever the relevant equivalent might be, or get Stephen Fry to say something nice about you). However, you can only ride the wave of being ‘the new boy’ or ‘the latest threat to X’ for so long – it’s after this point that companies enter ‘the middle’, where it’s much more difficult to cut through the noise of younger and sexier competitors. Appointments are likely to be relatively low key – typically, you’re at the stage when you’re more concerned with adding value and a good ROI than you are with the celebrity factor. Funding rounds will generally (unless you’re Color…) be fairly modest. And although you may obsess over your user number, it’s unlikely that the press will be excited by the fact that you’ve added another 4,000 members. 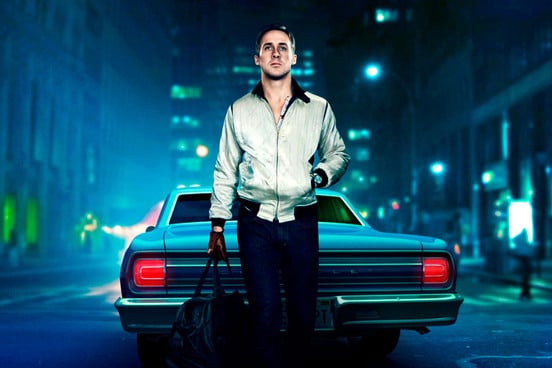 I got to thinking about how companies can make it through ‘the middle’, and the answer was obvious. Ryan Gosling. Wait, let me explain! Even despite his plans to go on hiatus soon, Gosling is currently one of the biggest names in the acting game. But it wasn’t always this way. Until he was 24, Gosling had mostly minor roles in TV shows and starring roles in indie flicks. Then The Notebook happened, and women everywhere fell in love with his tortured, brooding, quiet charm. Having found his niche, Gosling continued to play lonely, brooding, quiet (occasionally violent) men again. And again. And again. To the extent that Driver, his character in Drive, and Handsome Luke, his character in The Place Beyond the Pines, would be almost indistinguishable if the former spent an afternoon at a tattoo parlour and picked up a bottle of hair dye on the way home. It seems that Gosling understands the adage that Rome wasn’t built in a day, and spent close to a decade building on the reputation he started to create in 2004.

In the same way that some companies prematurely think they have ‘nailed’ what they originally set out to do, Gosling could have decided that he’d nailed a particular type of role in The Notebook and set out to do something different. But he didn’t. He spent the next 9 years demonstrating the fact that this is something he is very good at. In business terms, this equates to a long period of steady, sustainable, organic growth, rather doing something glamorous or showy, or frantically pivoting in an effort to demonstrate versatility.

Gosling’s rise to the top has not happened overnight, and neither does a company’s journey through ‘the middle’. The idea of companies mimicking Ryan Gosling’s career path might seem laughable, but startups entering the second phase of their life cycle could do a lot worse than spending some time demonstrating that there is one problem that they are going to completely obliterate. Which is exactly what we’re trying to do with repetitive accounting admin. Now, I’m off to see if the boss will back ‘the Ryan Gosling of accounting software’ as a future marketing message…