There’s a policy (but we don’t call it a policy, because ‘policy’ is a pretty horrible word) here at KashFlow that’s pretty key to how we do hiring – EVERY new hire has to spend two weeks on technical support before they start in the position they were hired for. If, for whatever reason, they ‘fail’ their two weeks on support, they stay there to keep learning until the rest of the team is satisfied they have passed.

Somehow, I managed to be the first person in history to subvert this absolute rule. For whatever reason (I can’t remember whether it was because of illness, holidays that were already booked or Hell freezing over) I managed to spend a grand total of just two days on support before being moved over to marketing.

At the time, I was pretty pleased – I was excited to get embedded in my new role, and spending time on support seemed like a diversion from that. My reasoning was that I don’t need to be an accountant – I only need to know why automating all of the day to day paperwork is a good thing, and (having freelanced for a couple of months…!) I already knew that. Marketing is all about selling the dream – I don’t need to know every little detail about what the software can do, right? Wrong.

The cracks soon started to show. Or rather, they threatened to show. It became apparent to myself, if not anyone else, that I was constantly writing the idea of the product, rather than the actual workings of it or how our customers actually use it. When it came to attending trade shows, I felt like a deer in the headlights – ‘Is it possible to use the software to manage a number of different properties?’ ‘Can KashFlow break down my income by product type?’ ‘I need to submit VAT returns – is it easy to do that through the software?’ In each case, I sort of knew the answer, but not confidently enough to give the answers as rapidly as I should have been able to. I now know that the answers are ‘yup’, ‘absolutely’ and ‘it’s so easy, you might even be able to do it blindfolded. But we don’t recommend it.’ 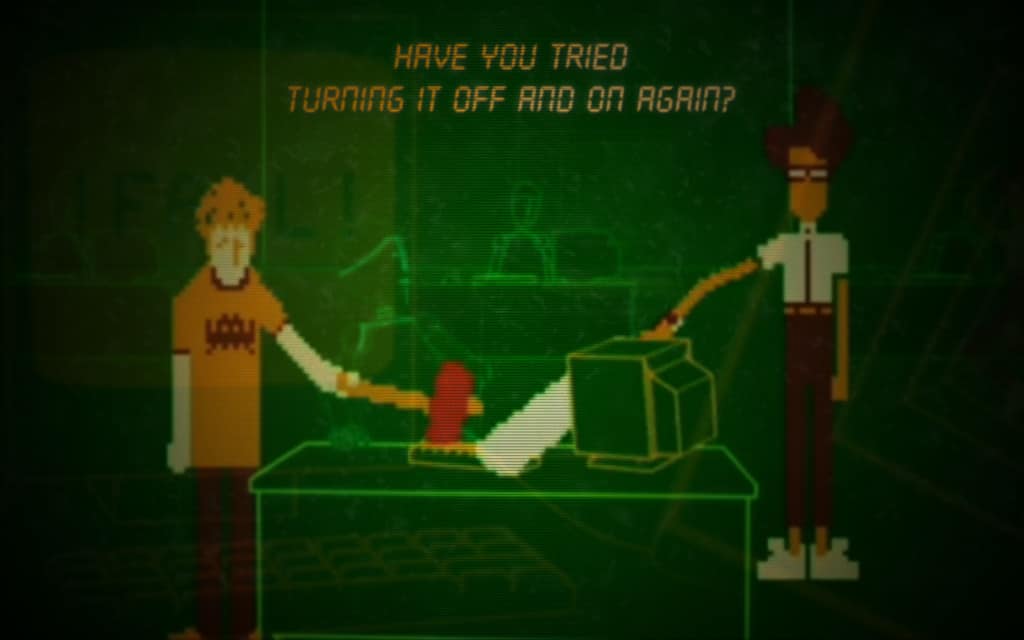 In the interest of fairness, I decided it was time to put my normal role on pause and spend some time on support, like everyone else had before me. It was challenging, occasionally draining, and utterly enriching. By entering into conversations with our customers I learnt how important the software was to their daily lives, and how grateful they are for the prompt, polite and useful support we constantly do our best to provide.

On one of my final days on support I received a ‘bad’ rating, and it hit me really hard. I didn’t cry in the toilets or anything, but it was a real downer. Although my response wasn’t ‘wrong’ or terrible, I probably hadn’t explained something clearly enough. Not only did I feel that I’d let myself (and the individual involved) down, I also felt that I’d let the team down – any negative responses affect the rating of the team as a whole. But the grace they demonstrated in reassuring me that it wasn’t the end of the world showed me that they don’t just care about that overall satisfaction score, they also care about each other.

As well as massively improving my product knowledge, spending time on support also helped me to build a better relationship with the support team – it’s easy to forget that while the techies are building the CEO’s dream product, and the marketers are convincing people that it’s also their dream product, the support team are the ones who have to patch up any gaps that manifest themselves between that dream product and the one that’s actually there.

In many respects, the guys and girls on support are the unsung heroes of the SaaS industry, although a couple of companies do pride themselves on their support, ourself and Rackspace included. Zendesk also recently produced a great video about the importance of support teams –

So, have you ever found yourself firing off an email to a customer asking them to email support and not giving a second thought about what happens after that? If you have, maybe it’s time to see if you can spend a bit of time with your support team…