There may be some good news for the UK’s small business sector after the UK’s new Business Secretary pledged to make swooping red tape cuts, to the value of at least £10 billion over the next five years. 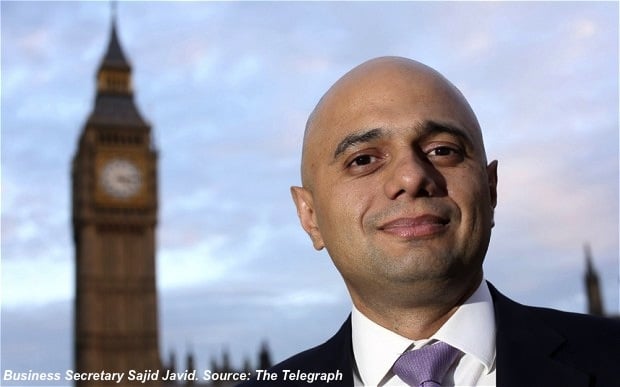 Speaking in Bristol on Tuesday, Business Secretary Sajid Javid said the red tape cut forms part of a new Enterprise Bill that will help make the UK the best place in Europe for startups.

“Small businesses are Britain’s engine room and the success of our whole economy is built on the hard work and determination of the people who run and work for them. As part of our long-term economic plan, we will sweep away burdensome red tape, get heavy-handed regulators off firms’ backs and create a Small Business Conciliation Service to help resolve disputes.”

“This will be a no nonsense Bill to back small businesses and help create jobs, giving financial security and economic peace of mind to hardworking people across the country.”

KashFlow CMO John Coldicutt has been vocal about the need to cut red tape, warning that oppressive legislation and the burden of compliance requirements, were strangling the county’s economic growth, as a result of the impact such red tape was having on SMEs.

“If the government doesn’t do more to cut red tape for British SMEs, it’s only a matter of time before we dip straight back into recession.”

What do you think of the pledges to cut red tape and support small business growth? Do you think more needs to be done by the government? Let us know your thoughts in the comments below or Tweet us.